I gotta whole bunch of books free this weekend…It’s the CrAzY SuMmEr MaD Give-a-way! Check out my page on Amazon and get yours today. 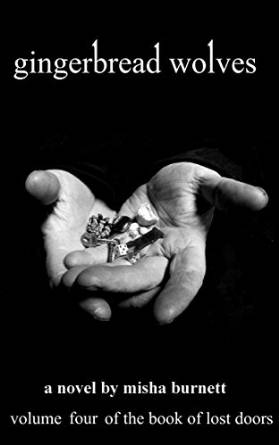 by Misha Burnett (Author)
“Everyone dies. But not everyone can die killing a god.”

Gingerbread Wolves, the fourth volume of The Book Of Lost Doors, pits Outsider modified humanity against the Outsiders themselves as Agony Delapour vows to make war against deep heaven.
James is caught in the middle, between those he loves and the alien madness of the old gods, with the future of the human race hanging in the balance. His fragile community must risk everything to prevent the Outsiders from triggering a nova event—a collision of universes that would end all life on Earth.
Agony says that she has a plan, and that even gods can die.
But, as usual in James’ world, nothing is exactly what it seems. 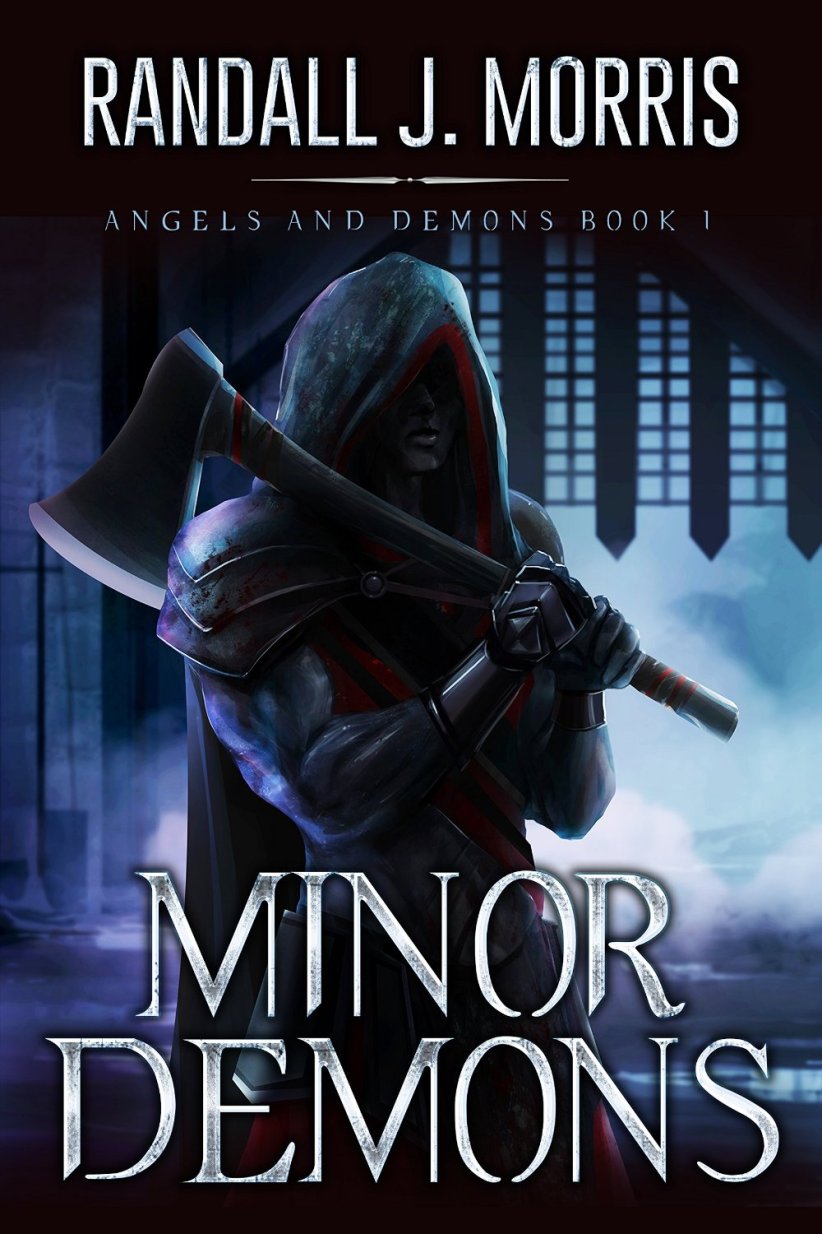 Gluttony and neglect have brought a severe soul shortage to the demons of Hell. The rising generation of demons-in-training is tasked with dragging humanity down to a new low in order to pay for their continued existence. After they face the three Hellish trials devised by the Dragon, only the top demons in each class immediately become minor demons. Minor Demons follows Shadow, son of Abaddon, in his quest to free his father from the lowest circle of Hell, Leech who fights for respect and with an ambitious drive to prove himself and make a name for his family, and Lilith, the beautiful demoness out for vengeance against her mother. Join these demons-in-training as they fight to become minor demons and wage a war against angels, humans, and sometimes other demons. 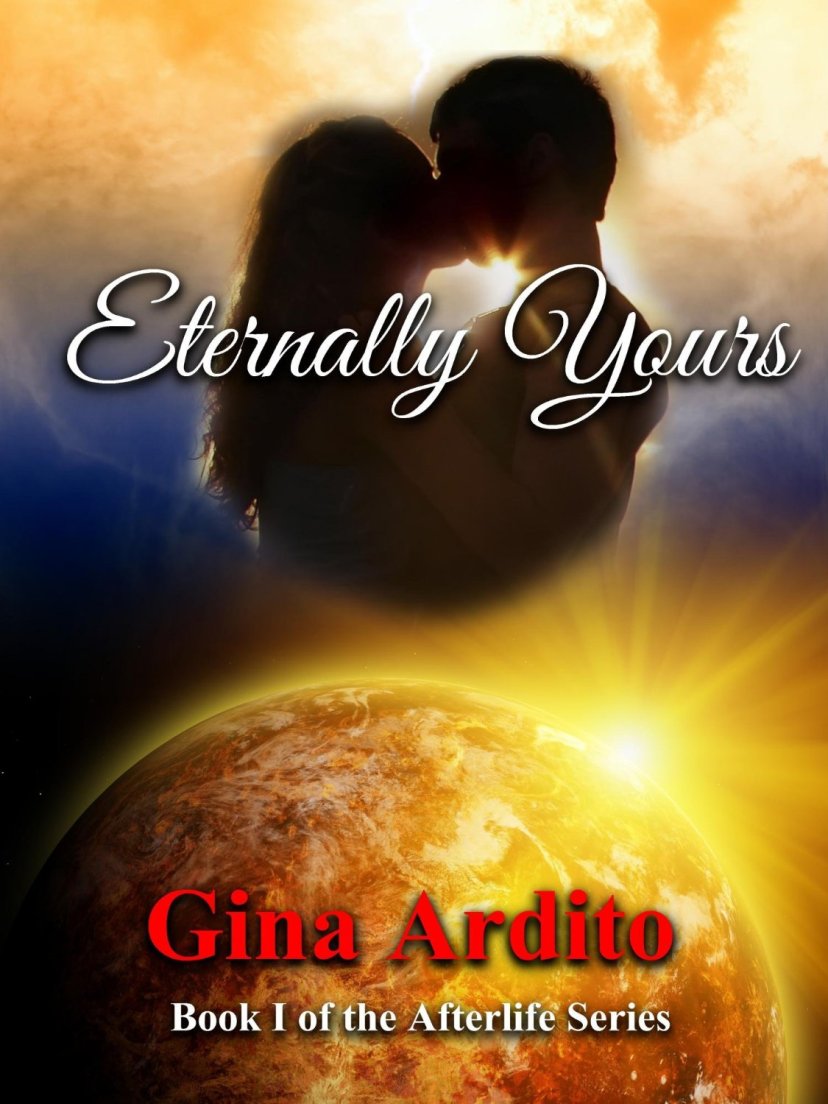 Jodie Devlin’s suicide is not the end, merely the beginning. With her future as a living human being irrevocably destroyed, she must become an employee of the Afterlife until a new existence can be created for her. In the realm on the other side of death, she’ll learn how to retrieve ghosts who have lingered too long on Earth. If only she didn’t have to work beside a good-looking, arrogant man who baffles and challenges her at every turn.

It’s no wonder Luc Asante is so bitter toward women. His former wife ordered him taken off life support, condemning him to service in the Afterlife as one of Death’s bounty hunters. Now he has a trainee—a female trainee who’s as soft-hearted as he is hard, as impulsive as he is methodical. In a place where perfection is the norm, she revels in her imperfections just to drive him nuts.

Traveling through time and space to bring peace to lost souls, Jodie and Luc will be forced to come to terms with their differences and their pasts, to discover a love that might bind them for eternity.

Sometimes the day you die is only the beginning of a new job.

Piper Willow dies the summer after her high school graduation and finds herself in a spiritual terminal called the Station. She’s given only two choices: Move on to the unknown where she’ll be forced to spend an eternity in her own personal hell or be trained as a Volunteer and return to Earth as the subconscious for a person in need of outside assistance. Does Piper have what it takes to save a life, to be the nagging voice inside another person’s head? Or will she fail and end up lost and tormented…forever?

“Excuse me, Niles…I mean, Mr. Abbott. But, where are we?”
“I’ll explain everything to you dear, just as soon as we reach the Station.”
“What station? We aren’t in the hospital? Where’s my Dad?”
“No Piper, this isn’t the hospital, and your father is at home…he’s fine. Please, follow me.”
He turns away and continues on through the light. I hang my head, staring at my bare feet as we walk. Even though my cuts are gone, I keep rubbing my arm. It’s soothing. I almost bump into Niles when he stops abruptly.
“We’re here,” he says softly.

A Review from K.S. Haigwood – “Truly one of the best novels I’ve read in a long time. I can’t say enough about this book, but spoilers are not my thing, so I will just say as much as I can without over doing it. Don’t want to spoil it for anyone, but I do want to encourage you to read it.

I can only imagine how many people think about commiting suicide in this cruel world every day. Whether it’s work, family, lifestyle or something tragic that has happened that one believes they can’t possibly go on living with anymore, ‘The Station’ gives those that have given up another option besides Hell(although that is totally still an option). Being a volunteer is not an easy task, nor is it something that should be chosen lightly. Ride with Piper on her journey in the after-life. I promise you will be picking up ‘Dying To Remember’ as soon as you finish the last page. I highly recommend this novel to anyone between the ages of 14 – 100.”

It is the year 2028. Plagues, pestilence and vast global disasters suddenly erupt. As spewing volcanoes cover the Earth with a dense cloud of ash, God sends the Archangel Gabriel with an incredible message for mankind…

Dr. Raphael Matteo, a leading geologist with NASA, anxiously studies the signs and disasters foretold in Luke 21:11 of the New Testament. Accompany him as he encounters the Archangel Gabriel during a walk outside of Moon Base Challenger. Follow him to the Vatican and the White House as the Earth is faced with the threat of another ice age. Join with the CDC as plagues threaten life on Earth as we know it, while signs in the sky make their way over Jerusalem…a city that will shine like a sparkling diamond.